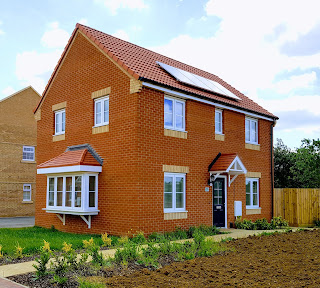 Neighbourhood Plans must provide a shared vision for their area, with consultation with the local community forming a key part of their preparation.

Critically, Neighbourhood Plans must pass a referendum in which local people are invited to vote on whether the plan should be used in decision-making. Therefore a plan's success is dependent on community support.

Many Neighbourhood Plans take on the challenge of planning for housing development, an issue which can prove divisive for some communities.

The Ministry of Housing, Communities & Local Government has recently reported its latest research on public attitudes to house building. The report presents findings from the 2018 British Social Attitudes Survey. This annual survey provides interesting insight into changing views over time.


Support and opposition for house building

Support for house building has increased substantially in recent years. In 2010, just 28% were in favour. Likewise, opposition has decreased from 47% in 2010.

Most Neighbourhood Plans apply to rural areas. The survey found less support and greater opposition to house building amongst people living in rural areas, than their urban counterparts.

Amongst those living in villages, just under half (48%) were supportive of homes being built in the local area. This was lower than for people living in big cities (63%), the suburbs or outskirts of big cities (57%) and small cities or towns (57%).

The survey found that support for house building was greater, and opposition was lower, amongst younger age groups. For example, support was higher amongst those aged 18-25 (64%) than those aged 66 and over (53%).

The survey highlights differences between the attitudes of younger people and older people. Younger people are more favourable toward house building, perhaps as they themselves aspire to own a home.

The survey found that people who were not supportive of more homes being built in the local area most commonly reported that ‘more medical facilities built or existing ones improved’ would increase their support.

Improvements to transport links and creation of more employment opportunities were also commonly reported advantages that would increase support for homes being built in the local area.

Neighbourhood Plans provide communities with the opportunity to take greater ownership of the process for planning for new homes. Groups with aspirations to meet their community's housing needs  may therefore take some comfort from the findings that the majority of people are supportive of house building.

However, the survey's findings indicate that in rural villages support for housing is lesser (48%) than in larger settlements and urban areas.

To increase support for new housing a Neighbourhood Plan's policies should ensure development is accompanied by services, infrastructure and jobs, and require homes to be designed and built to a high standard.

Where the HDT shows the delivery of new homes has fallen below 95% of the district or borough's housing requirement over the previous three years, the council should prepare an Action Plan to assess the causes of under-delivery and identify actions to…
Post a Comment
Read more

The Neighbourhood Plan data described in this post also includes Neighbourhood Development Orders and Community Right to Build Orders, as these are closely related to Neighbourhood Plans, follow a similar process in their preparation, and also fall under the 'umbrella' term of neighbourhood pla…
Post a Comment
Read more

The sum total of the number of approved plans shown in the table exceeds 1,000, as a small number of plans cross local planning authority boundaries and are therefore…
Post a Comment
Read more

June 22, 2019
Hundreds of Neighbourhood Plans have passed referendum and are being made across the country. It can therefore be tricky to keep track of which areas have plans in force.

Alternatively, view locations with Neighbourhood Plans in force on the interactive map.

The appeal decision was issued in December 2018, granting planning permission for 96 dwellings, including 38 affordable, with areas of open space, Suitable Alternative Natural Greenspace (SANGS); children’s play area; SuDS attenuation; highway works and a new access.
The appeal site is located within the Borough of Waverley, Surrey, and the Farnham Neighbourhood Area. Development Plan The Farnham Neighbourhood Plan (FNP) was made in July 2017, and was therefore less than a year and a half old at the time the decision was issued.
During the course of the appeal, the Waverley Local Plan Part 1 (WLPP1) was adopted. This is, in effect, 'half' of a Local Plan setting out strategic polici…
Post a Comment
Read more

Where the HDT shows a district's housing delivery is less than 85%, the c…
Post a Comment
Read more