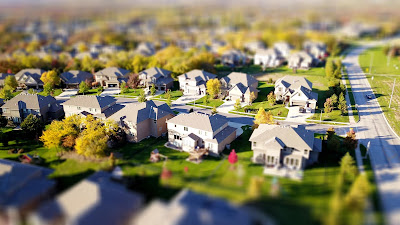 An appeal decision at land west of Folly Hill, Folly Hill, Farnham (appeal reference: APP/R3650/W/17/3171409) illustrates the delicate and complex issue of determining whether a Neighbourhood Plan is or is not 'out-of-date' and the effect this has on applying the 'tilted balance'.

The appeal site is located within the Borough of Waverley, Surrey, and the Farnham Neighbourhood Area.

The Farnham Neighbourhood Plan (FNP) was made in July 2017, and was therefore less than a year and a half old at the time the decision was issued.

During the course of the appeal, the Waverley Local Plan Part 1 (WLPP1) was adopted. This is, in effect, 'half' of a Local Plan setting out strategic policies and strategic sites for growth. Other site allocations and policies for managing development will be set out in the Part 2 Local Plan, which has not yet been adopted.

Characteristics of the site

The appeal site is located within an 'Area of Great Landscape Value' which is protected from development by a number of policies, both for its own value and due to the site providing a 'buffer' to an Area of Outstanding Natural Beauty (AONB).

One of the main issues explored by the Inspector was the visual impact of the proposal on the landscape and character of the locality. In addition, the Inspector explored other concerns regarding the site's sustainability, such as its topography, proximity to services and facilities, and suitability for pedestrians and cyclists.

The FNP (through policy FNP1) supports new development within the built area of Farnham, subject to it meeting a range of criteria, relating to design, heritage and landscape character, etc. The FNP allocates a number of development sites and expects to deliver in excess of 1,400 dwellings over the plan period.

The appeal site lies outside the defined built-up area boundary within the FNP and is not allocated for development. The FNP limits development in the countryside, permitting development only where, it retains landscape value and historic character, offering particular protection in the 'Old Park' area, where the appeal site is located. In addition the FNP seeks to protects the distinct identity of Farnham by preventing coalescence between settlements.

The WLPP1 was adopted after the FNP was made. The WLPP1 requires an additional 450 homes be allocated in Farnham up to 2032. In response, Farnham Town Council has commenced a partial review of the FNP.

Following the WLPP1 identifying a requirement for additional dwellings in Farnham, the FNP does not meet the areas housing needs in full. The Inspector concurred with an Inspector from another recent appeal in the area - that the FNP not meeting the area's housing need is a 'neutral matter', but is not necessarily 'out-of-date'. However, the Inspector also concurred that the relevant policies in the FNP cannot carry full weight as the settlement boundary is likely to have to be adjusted to accommodate the extra homes required by the WLPP1.

The WLPP1 and FNP are not in themselves out-of-date, as it is clear how the extra development sites will be found - through preparation of the Local Plan Part 2 (WLPP2).

Despite noting the proposal's 'transformative impacts', the Inspector concluded that the degree of change resulting from the development would not result in adverse harm to the character and appearance of the area. As such, there would be no material conflict with the development plan taken as a whole.

The Inspector noted the specific benefits of the scheme, namely the provision of market housing at a time when the emerging plan Local Plan (Part 2) needs to secure a further 450 more homes for Farnham than set out in the FNP. Any possible conflicts with the development plan are, on balance, outweighed by the material considerations of the benefits of the scheme.

Despite recognising the progress being made on 'WLPP2' and partial review of the FNP, the Inspector concluded that 'progress on future plan-making does not provide a reason for not positively considering the proposals now'.

What the decision means

The FNP is a well-presented and comprehensive plan, which makes provision for significant growth. The housing requirement increased following preparation of the 'part 1' Local Plan. However, in the absence of the 'part 2' Local Plan, the Development Plan does not allocate enough sites - leading the Inspector to place great weight on the benefits of the appeal site in providing additional housing.

I suspect the Town Council may have reasonably expected the plan to provide a bit more longevity, before it needed to embark on its review. The case shows the effect a Local Plan review can have on existing Neighbourhood Plans. As such, Neighbourhood Plans may also need to be reviewed regularly, especially in areas with high growth needs.

This case has similarities to others I have discussed previously. On face value, the proposal appears to directly conflict with a Neighbourhood Plan, but following interrogation by a Planning Inspector, no conflict was found and the degree of harm arising from the scheme is outweighed by the benefit of increasing a supply of housing.

National policy offers some extra 'protection' against proposals which conflict with a Neighbourhood Plan, in circumstances where the 'tilted balance' of the presumption in favour of sustainable development is applied. However in cases such as this appeal, where no conflict is found to have occurred and the development plan isn't considered to be out-of-date - such 'protection' will not apply.

Where the HDT shows the delivery of new homes has fallen below 95% of the district or borough's housing requirement over the previous three years, the council should prepare an Action Plan to assess the causes of under-delivery and identify actions to…
Post a Comment
Read more

Where the HDT shows a district's housing delivery is less than 85%, the c…
Post a Comment
Read more

May 14, 2019
A recent appeal for 5 dwellings has been rejected by a Planning Inspector, in part, due to conflict with a Neighbourhood Plan - despite a Local Green Space designation having been removed during examination.

Relevant to this appeal is the East Langton Neighbourhood Plan (ELNP), which was formally made by Harborough District Council in June 2018.
Impact on open space, sport and recreation In assessing the scheme, the Planning Inspector's main concern was that the development would lead to the loss of an open space used for sports and recreation.

The ELNP seeks to retain the appeal site as an open space, indi…
Post a Comment
Read more

These examples, and other similar cases, raise a wider question about what constitutes 'conflict' with a Neighbourhood Plan.
A recent High Court ruling, issued in September 2018, has 'tested' this issue. The claim was lodged by Chichester District Council (CDC) against the Secretary of State for Housing, Communities and Local Government, and Beechcroft Ltd. The High Court decision is available to view on the BAILII website.
In this post, I have summarised the appeal decision and High Court decision, and conclude by offering some advice to ensure your Neighbourhood Plan p…
Post a Comment
Read more

The Neighbourhood Plan data described in this post also includes Neighbourhood Development Orders and Community Right to Build Orders, as these are closely related to Neighbourhood Plans, follow a similar process in their preparation, and also fall under the 'umbrella' term of neighbourhood pla…
Post a Comment
Read more