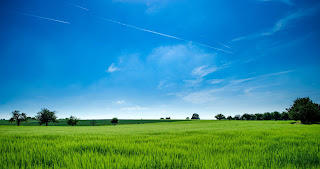 In the appeal decisions I've reviewed to date, the outcome has often been disappointing for the Neighbourhood Plans involved.

However, in a recent appeal case the Secretary of State applied the policies of a Neighbourhood Plan to refuse outline planning permission for 40 dwellings, despite a lack of housing land supply.

The planning appeal for a 50 dwelling scheme at land south of Oakridge, Highnam, Gloucestershire, was dismissed by a Planning Inspector, after being refused planning permission by Tewkesbury Borough Council. The appeal decision was called in by the Secretary of State (SoS), The Right Honourable James Brokenshire MP, who agreed with the Planning Inspector's recommendation.

The National Planning Policy Framework (NPPF) applies a presumption in favour of sustainable development where there are no relevant development plan policies, or the policies which are most important for determining applications, including housing development, are out-of-date

Crucially, the NPPF considers plans to be out-of-date where the local planning authority cannot demonstrate a five year supply of deliverable housing sites, or where the Housing Delivery Test indicates that the delivery of housing was substantially below the housing requirement over the previous three years.

Where policies are out-of-date, planning applications for housing development will be granted planning permission unless doing so will result in adverse harm.

In the appeal case, Tewkesbury Borough Council fell short of the requirement for a five year land supply, with a land supply of only 3.99 years, meaning the 'tilted balance' must be applied.

In the absence of a five year supply of housing, the SoS noted the benefits of the scheme in delivering market and affordable housing.

The Highnam Neighbourhood Plan (HNP) was made in January 2017. The HNP sets out policies on a range of issues including housing, transport, business and enterprise, community facilities and environment and conservation.

The HNP does not make site allocations, and does not directly discuss the appeal site. However, HNP policy H2 places importance on the design and visual character of new developments, encouraging them to "make a positive contribution to forming a sense of place: demonstrating both design quality and sensitivity to the existing environment...".

The appeal site is not within a landscape subject to any specific designation for its character or quality.

The SoS makes reference to HNP policy H2, and a landscape policy (SD6) set out in the Gloucester, Cheltenham and Tewkesbury Joint Core Strategy (JCS), which seeks to protect landscape character and requires development proposals to have regard to local distinctiveness, landscape and visual sensitivity.

The SoS considered that the proposal would not have sufficient regard for local distinctiveness or contribute positively to a sense of place, concluding the proposal would therefore run counter to JCS policy SD6 and NP policy H2.

In making his decision, the SoS considered that the housing and economic benefits of the proposal carry significant weight. However, the SoS considered that the conflict with the development plan on matters of character and landscape impact carry very substantial weight. The SoS dismissed the appeal, and refused planning permission for the scheme.

What we can learn

The Highnam case is similar to a case at Chinnor, Oxfordshire which I recently reviewed. In both cases, the local planning authority could not demonstrate a five year land supply, and a key concern was the site's impact on the landscape - despite neither site having any formal landscape designation.

However, the big difference between these two cases is the outcome - the Highnam case was refused, whilst the Chinnor case was approved.

In the Inspector's Report, the Inspector draws on two landscape studies which accompany the JCS and provide assessment of landscape character and visual sensitivity. In addition, each party submitted additional evidence on landscape and visual impact during the appeal process.

In describing the harmful impacts of the scheme on the local landscape, the Inspector draws on this wealth of evidence.

The Highnam case highlights the importance of evidence in resisting unplanned developments. Whilst the HNP and JCS policies sought to protect landscape, the evidence documents articulated the specific characteristics of the local landscape enabling the Inspector (and SoS) to draw clear conclusions.

For many communities, the threat of unplanned developments is a major concern - particularly, where proposals come forward in sensitive locations, such as at the edge of settlements.

The Highnam case shows that Neighbourhood Plan policies, where supported by evidence of landscape character and visual sensitivity can help to resist unplanned developments in inappropriate locations.

Where the HDT shows the delivery of new homes has fallen below 95% of the district or borough's housing requirement over the previous three years, the council should prepare an Action Plan to assess the causes of under-delivery and identify actions to…
Post a comment
Read more

Where the HDT shows a district's housing delivery is less than 85%, the c…
Post a comment
Read more

These examples, and other similar cases, raise a wider question about what constitutes 'conflict' with a Neighbourhood Plan.
A recent High Court ruling, issued in September 2018, has 'tested' this issue. The claim was lodged by Chichester District Council (CDC) against the Secretary of State for Housing, Communities and Local Government, and Beechcroft Ltd. The High Court decision is available to view on the BAILII website.
In this post, I have summarised the appeal decision and High Court decision, and conclude by offering some advice to ensure your Neighbourhood Plan p…
Post a comment
Read more

The sum total of the number of approved plans shown in the table exceeds 1,000, as a small number of plans cross local planning authority boundaries and are therefore…
Post a comment
Read more

The appeal decision was issued in December 2018, granting planning permission for 96 dwellings, including 38 affordable, with areas of open space, Suitable Alternative Natural Greenspace (SANGS); children’s play area; SuDS attenuation; highway works and a new access.
The appeal site is located within the Borough of Waverley, Surrey, and the Farnham Neighbourhood Area. Development Plan The Farnham Neighbourhood Plan (FNP) was made in July 2017, and was therefore less than a year and a half old at the time the decision was issued.
During the course of the appeal, the Waverley Local Plan Part 1 (WLPP1) was adopted. This is, in effect, 'half' of a Local Plan setting out strategic polici…
Post a comment
Read more